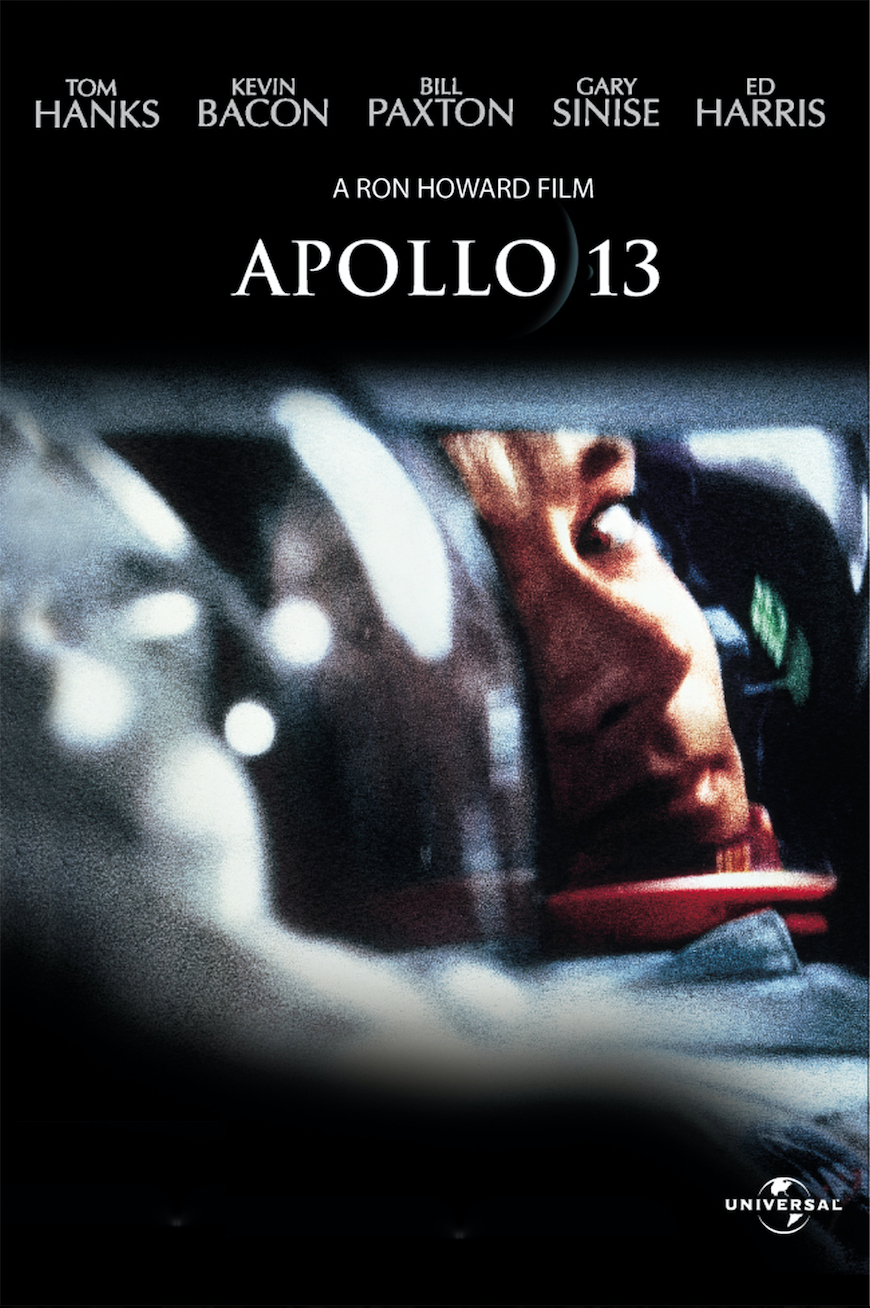 The film Apollo 13 (1995) depicts astronauts Jim Lovell, Jack Swigert, and Fred Haise aboard Apollo 13 on a mission to implement a third human landing on the Moon. En route, an on-board explosion deprives their spacecraft of most of its oxygen supply and electric power, forcing NASA’s flight controllers to abort the Moon landing, and turning the mission into a struggle to get the three astronauts home safely.